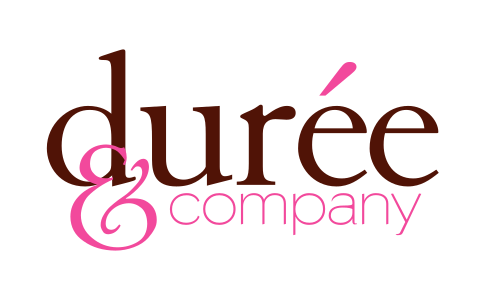 WHEN YOU FIND YOUR CALLING, WHY KEEP LOOKING?

President Durée Mellion Ross fell in love with public relations at the age of 19 during a fated college internship. Originally a double major in broadcast journalism and sociology at the University of Miami, she found her place in the world of PR.

Now an award-winning PR entrepreneur, Durée leads a talented team of media relations and marketing specialists in South Florida. The reach of her PR agency, Durée & Company, is global with clients who provide services and impact lives from South Florida to around the world.

Durée is also a pioneer in her adaption of emerging industries, including CBD. Her strategic public relations work in the space has resulted in a growing list of clients, from processing facilities to consumer products sold in big box retailers. Through a watchful eye on local and federal legislation, a strong pulse on key expos and leadership conferences and proven relationships with influencers and thought leaders, Durée understands how to navigate the rapidly-growing cannabis industry to achieve client goals.

Born, raised and raising a family in South Florida, Durée maintains a headquarters in Fort Lauderdale and a satellite office in Aspen, Colorado. Durée & Company has a wide variety of clients, and the firm has joined the ranks of some of the nation’s most elite professional organizations.

ACTIVELY ENGAGED WITH HER COMMUNITY

Durée & Company builds its reputation, brand and impact through community service. Personally, Durée has devoted time and resources to missions she believes in. Her work for charitable causes has included, but is not limited to:

Her honors include being recognized by the Crohn’s & Colitis Foundation at its 8th Annual Comedy Night in 2017. In 2016, she was a March of Dimes Women of Distinction honoree, and in 2013, Boys & Girls Clubs of Broward County named Durée one of 100 Outstanding Women of Broward County.

AWARDED BY HER INDUSTRY
Durée and Durée & Company have been celebrated within the PR and small business communities. Their most recent professional accolades include:

Beyond training her own team, Durée is in demand to present at various professional events and has served on a range of marketing panels. Some of her most noteworthy engagements include the South Florida Business Journal’s Bizwomen Mentoring Monday in Fort Lauderdale (2014–2020), the Women’s Success Summit IX, Miami (2014), and a recurring invitation to speak to students in the MBA program at FAU’s College of Business and at the University of Miami, her alma mater.

In addition, she volunteers her time and PR expertise to a number of non-profit organizations, including Debbie’s Dream Foundation: Curing Stomach Cancer, and MADD.

Durée is a published contributor to Inc. magazine, an American weekly magazine which publishes about small businesses and startups.

In 2018, Durée was invited to create and serve on the committee to establish Florida Atlantic University’s Women in Leadership program, which she did very successfully.

A SOLID FOUNDATION
Prior to establishing Durée and Company, Durée honed her skills with DindyCo PR & Marketing; Best Buddies International, a non-profit organization founded and operated by Anthony Kennedy Shriver; and Zynyx Marketing Communications, which became The Nixon Group and is now part of the GolinHarris family. Durée presently resides in Fort Lauderdale with her husband, son and daughter.

What is the Media's Role in Cannabis and Psychedleics