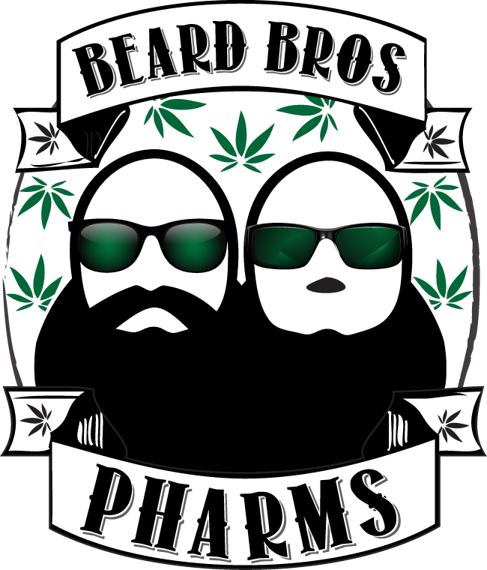 Started Beard Bros Pharms as a brand in early 2013 after failed passage of Prop 19 in California and highlighted the need to brand your business.

It all started with a seed…

Growing some of the finest craft cannabis in Southern California, brothers Bill and Jeff of Beard Bros. Pharms have also earned a reputation as outspoken advocates of the cannabis plant, and all of the benefits that it offers.

Staunch supporters of organizations like Veterans Cannabis Coalition, the Santa Cruz Veterans Alliance, Veterans Walk & Talk, MISSION[GREEN], and more, Beard Bros. Pharms recognizes their role in the cannabis community and uses their platform as often and effectively as possible to help those less fortunate.

Originally hailing from Florida & Pennsylvania, and now located in Los Angeles, California, their outreach and influence on the cannabis culture quite literally spans across the country and beyond. With the recent launch of their own culture-based website at www.beardbrospharms.com, the Bros have begun curating their own original news content, upcoming cannabis-related events, user-submitted content, and much more.

This is about way more than followers or likes, though. Bill and Jeff Levers understand and take very seriously how influential their voices can be, and the role that their cannabis coverage plays in preserving grassroots cannabis culture. This is what they work for every day. As cannabis media companies continue to churn out boring, inconsequential Top 10 lists, Beard Bros. Pharms is on the cutting edge of what’s really happening, sharpening it. As corporate cannabis companies shell out tens of thousands of dollars to convince consumers that they know what they’re talking about, Beard Bros. Pharms falls back on decades of hard-earned, prohibition-era experience and street smarts.

Truly self-made entrepreneurs, these bearded brothers have beaten the odds, not only maintaining but strengthening their authenticity every step of the way.  From politics to propagation tips, Bill and Jeff have something to say.